We're ready to talk. Text us or call:

Where the concept originated

The high's and low's of church decline and growth and the pressure to climb in attendance and influence can rob everything that drew you into ministry. Early on, Shawn and Sonny were addicted to success and people-pleasing. By their 8th wedding anniversary, Shawn and Sonny had endured a miscarriage followed closely by the death of their first born daughter. Shawn’s book, The Gravity of Grief, begins with him telling the story of being so angry with God that he wanted to walk away from church ministry.

Like many marriages that struggle after cancer, death or other trauma, Shawn and Sonny struggled to have a healthy marriage with having endured their own childhood trauma too. After 13 years of a rocky marriage, where they fought constantly at home but pasted a smile on their face to lead at church, they separated. Sonny became the Marketing Director at IKEA Michigan and although she learned valuable  marketing skills for her future, she knew she belonged married and working with her best friend, Shawn. But, they had a lot of damage to clean up and more hurt to overcome than they knew what to do with.

Shawn and Sonny yielded to a 3 year sabbatical of counseling and working outside of ministry. Sonny managed a coffeehouse in Green Bay while Shawn blogged (code for being unemployed) but remembers it as the best and hardest time in his life where he was focused on their kids, their marriage and the healing they individually needed. They became passionate about Pastors becoming spiritually and emotionally whole. They would never view themselves, others, or the local church the same again.

They now help pastors to love and fear God first, then their family, and lastly their career and calling. They help them heal fully while not struggling and straining alone. Because full time ministry is synonymous with carrying burdens, burdens that grow as you write messages, lead people and care for the critics, many pastors succumb to arrogance, exhaustion, and/or lack of judgement. This is why they created The Exchange Collaborative for Pastors and for others hurting.

The LONG Reason We Understand Crisis and Trauma

“Mr. and Mrs. Hennessy, it’s time. We have to turn the machines off.

There really is nothing more that we can do.”

It’s time? Already? Can we have just another moment? Do we have to do this now? She just needs more time. Maybe she’ll improve tomorrow. The truth was, if Savannah hadn’t gotten better in the previous 18 days, outside of a divine miracle, one more day wouldn’t make an impact. From the doctor’s perspective, it was time to place our daughter in fate’s hands. From our perspective, it was time to place Savannah in God’s hands. Somehow, I just knew she was going to make it. I just knew she was going to survive. I knew beyond a shadow of a doubt that Savannah Rose Hennessy was going to be divinely healed.

That’s why when the Doctor turned off the life support and Savannah didn’t breathe on her own, I wasn’t ready for it. If you’ve never stood by and witnessed the physical death of another human being, you simply cannot understand the weight of what I witnessed in the Neonatal Intensive Care Unit of Seattle Children’s Hospital. Right before my eyes, inside the supposed safety of her father’s arms, my arms, Savannah Rose struggled and strained, heaved and gasped, and eventually passed from this life to the next. Even now, more than a decade later, it’s difficult to speak, and even more difficult to write these words – she died. How would I ever recover? No parent is ever supposed to outlive their child. Immediately, before I left the hospital— before I even released my little girl from my arms— the cold clutches of grief seized me.

If there’s a more difficult topic to tackle than grief I haven’t discovered it. Grief isn’t just an emotion, but rather a collection of emotions we experience when we encounter loss. For the most part, the study of grief has focused on physical death and the trauma that death causes to those left behind. However, grief is not isolated to physical death. Grief can accompany loss of any type— the loss of a job, home, car, relationship, or even a dream. If you’ve ever sat with a friend who has just learned their company is downsizing and they will not be kept, you can attest to the fact that they are undoubtedly experiencing very real grief. Likewise, spend any amount of time with anyone who has just received the final letter from the bank informing them the home they thought they’d raise their children in will be home to another family come Christmas next year. Foreclosure is imminent. In that moment of crisis, you’ll realize, they too are in the grips of grief. Certainly, the aspect of grief that is most prominent though is physical death.    -Excerpt from Shawn’s Gravity of Grief book

Sonny has always had a love for design, history, and architecture and planned to study interior design and architecture while playing collegiate volleyball. In her junior year of high school at a Wednesday night youth service, where her aunt prayed for her, Sonny felt an undeniable call to ministry. She didn’t know what this calling entailed but she swiftly applied to a Bible College in North Dakota and attended the next fall at age 17. This is where she met Shawn during pre-season volleyball and football camps. The pair fell head over heels in love and married almost immediately during her 2nd semester at Trinity “Bridal” College...we mean Trinity Bible College.

Shawn and Sonny each graduated with a Bachelor of Arts in Biblical Studies with Minors in Coaching. They were credentialed and went on to youth pastor in Memphis, TN and Tacoma, WA and finally in Tampa, FL.

What they hadn’t accounted for, after receiving their theology degrees and credentials, was the childhood baggage they still carried with them into their future marriage and ministry. Sonny’s testimony about giving birth to a baby girl that was born too early to survive, as a 15-year-old, will be in her memoir, Twirly Girl.

Shawn came from a rough neighborhood where he felt he had to fight his way through life and it deeply wounded and shaped him. He earned an athletic scholarship to the University of Minnesota but was expelled and arrested for theft his freshman year and awaited trial in the Hennepin County Jail for 111 days! He was “ironically” released due to overcrowding and headed back to the Detroit/Windsor area to follow in the footsteps of many family members who were faithful to the auto factories. On day 89 of the 90 days required to work before joining the ranks of the factory workers’ union, Shawn got a call from a football coach in Ellendale, ND. He was offered a full-ride scholarship, which “ironically” had never been offered to anyone by that college. Upon arrival, he bought, in his words, “a nickel bag of weed and got smoked out in the Bible College dorm room that night.” That football season Shawn gave his life to Jesus. He didn’t walk through emotional and psychological healing of any kind, nor did he even know at the time it was necessary.

Shawn just began using his gifts of singing and speaking for the college and in internships and his talents gave way to opportunities. Sonny was his right hand and gifted in the organizational and structural areas where he struggled. The partnership worked and worked well. They grew youth ministries big and fast, much like they fought and made up...big and fast. They were best friends but unfortunately also fantastic arguers.

In ministry, they were both addicted to success and people-pleasing. By their 8th wedding anniversary, Shawn and Sonny had endured a miscarriage and then when Sonny was 17 weeks along in her pregnancy with their daughter, Savannah, doctors discovered heart and lung deformities. They actually were hit with these words from a geneticist’s, “You should abort and don’t try again, you just aren’t genetically compatible.” This was a blow to say the least. Their faith was seriously tested as they prayed the remaining 23 weeks of her pregnancy for a miracle. Instead of the miracle they prayed for, they found themselves holding the hand of a very sick infant in the NICU.

Fourteen days after Savannah was born, they faced the heart-wrenching question from Savannah’s doctor, “You will need to pull the plug and we need to know which day next week you choose?” You can understand why Shawn’s book, The Gravity of Grief, begins with him telling the story of being so angry with God that he wanted to walk away from church ministry. They are so grateful they did allow God to soften them and heal their deep hurts and gave them two healthy children, Isaiah and Aubree.

Like many marriages that struggle after cancer, death or other trauma, Shawn and Sonny struggled to have a healthy marriage with having childhood trauma too. They separated for 4 months and Sonny became the Marketing Director at IKEA Michigan. Although she learned valuable skills about marketing that would help for her future, she knew she belonged married and working with her best friend and soulmate, Shawn.

Shawn and Sonny yielded to a 3-year sabbatical of counseling and working outside of ministry. Sonny managed a coffeehouse in Green Bay while her and Shawn focused on their kids, their marriage and the healing they individually needed. They became passionate about people becoming spiritually and emotionally whole. They would never view themselves, others, or the local church the same again. Since 2013 the Hennessy’s have made Green Bay their home. They felt a significant shift in their impact on the (920), their area code, in 2014 when they “married the dirt.” They now want all people to love where they live and love their life. Their mission individually, as a couple and as business owners and pastors is that all people find their purpose and live their brightest life.

Shawn and Sonny's Rise After the Fall

Shawn and Sonny Hennessy moved to the Green Bay in 2013 after living in cities from coast to coast including: Tacoma, WA, Memphis and Nashville, TN, Houston, TX, Tampa, FL and San Diego, CA. Making Green Bay home was the Hennessy’s returning to their northern roots. Shawn is from Windsor, Ontario and Detroit, MI-- separated only by the Detroit River. Sonny grew up on a ranch on the border of Montana and Wyoming near the Black Hills of South Dakota.

Within seven years, Life Church grew from 145 people to 4,000 in physical weekly attendance. They grew so quickly, they were in three different buildings in four years. In order to reach more people than could fit in an auditorium, they launched an online campus that grew to reach tens of thousands weekly. Life Church was named the 2nd fastest growing church in 2017. Shawn is in his third season with the Packers as their Chaplain.

Then the pandemic hit. Their online presence was already established so their pivot and goal was to quickly make their messages, podcasts and kids content binge-worthy.

Because the Hennessy's have never been satisfied with Sunday-only church which can lead to Sunday only Christians, they intentionally invested in buildings and opened multiple businesses in 2017-2018. Beginning with the Exchange Coffee, Mercantile & Eatery.

Now The Exchange Brand includes a Parlor & Barber, Airbnb properties, commercial office space and Cigar Lounges to give men their own coffee-like space to open up with other guys like ladies do over a cup of coffee or tea. Many of the people served through The Exchange Collaborative who are getting back on their feet have employment opportunities in The Exchange Brand. 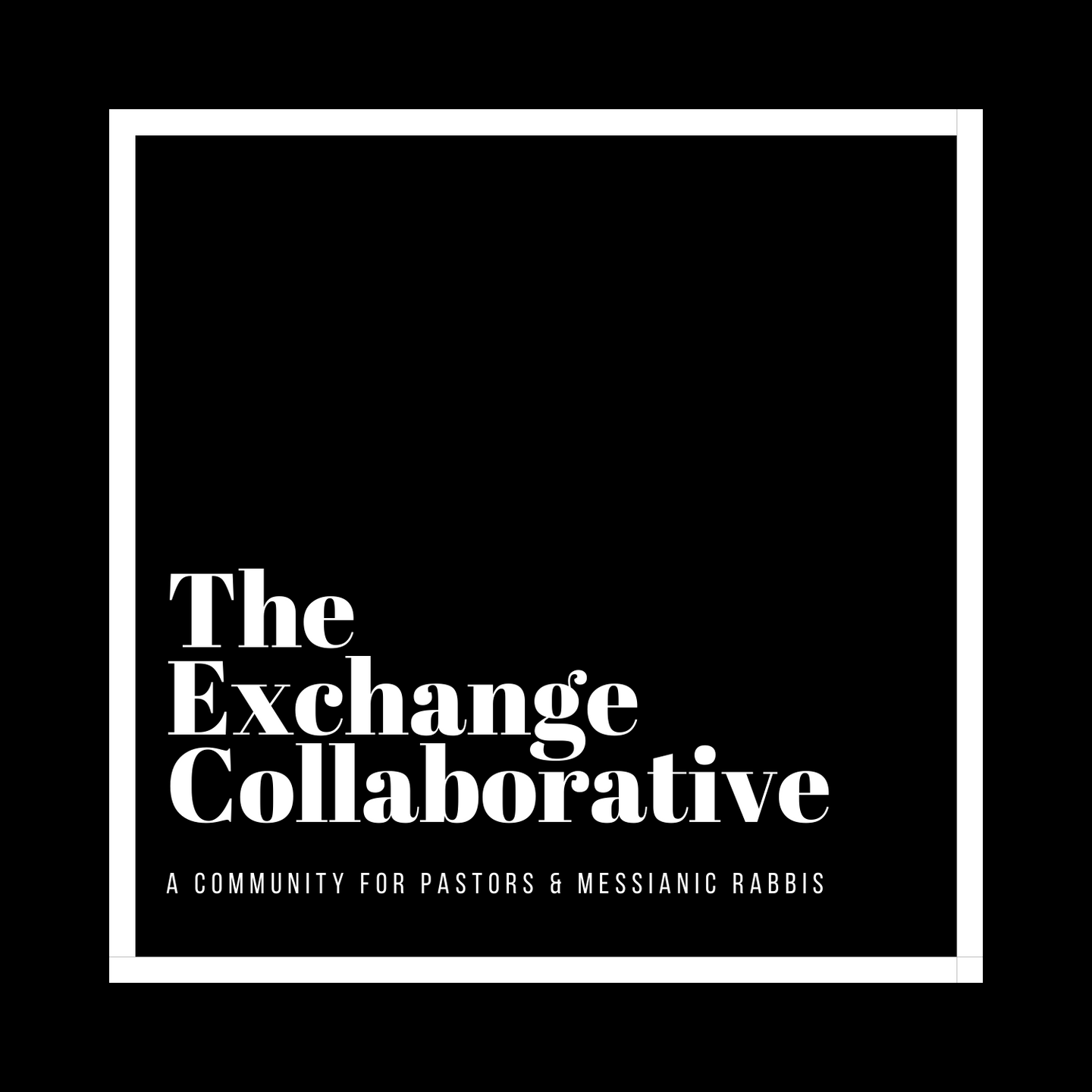 We will contact you within 7 days. Thank you for reaching out.